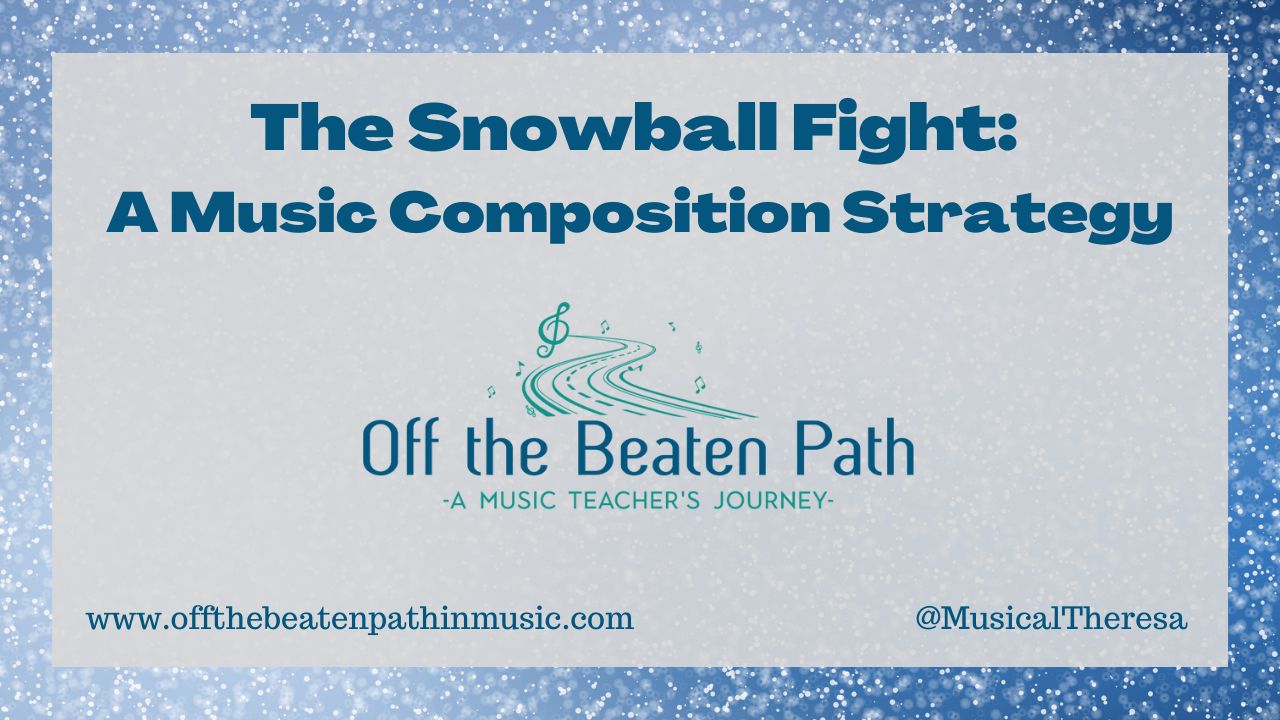 A few weeks ago, I mentioned a music composition strategy I tried with my beginning instrumental music students called a “snowball fight.” It’s commonly used in academic classes, but was the perfect fit for music writing as well! Yes, I realize it’s the end of May and almost summer vacation, but this is a great time to try it! If you’re interested, here’s what Discovery Education says about it – SOS: Snowball Fight.

The basic idea of a snowball fight is that students are creating something together. Multiple students contribute to the final product. This allows individuals to focus on small parts, rather than a larger whole. For my snowball composition project, I wanted students to focus on writing melodies using the first five notes they have learned to play on their instruments. Students used quarter note and eighth note patterns, as we have been working on in class.

When I passed out the manuscript paper, students were first instructed to draw the appropriate clef on their papers. I then told them to write a four-beat melody and play it on their instruments. Some students wrote very simplistic melodies, using only quarter notes and stepwise motion, while others were more adventurous using complex rhythms, skips and leaps. This was okay. The point was for students to write a short melody; the complexity did not matter. Once students could play their melodies, I had several volunteers perform for the class. I think it’s important that students can play what they write!

Then things got interesting. I instructed students to come to the front of the room with their papers and spread it out. I told them to crumple their papers into a loose ball. You would have thought I suggested we start a bonfire in the middle of the classroom! The kids were shocked but happy to comply. After crumpling the papers we had a snowball fight! They were so excited. I counted to three and students threw their snowballs across the room, found another snowball, and took it back to their seats. The students then needed to add four more beats to the existing melody, creating a two measure composition. Once again, they had to play their work, and I encouraged several volunteers to share with the class. We repeated this process two more times, so the students ended up with a four measure composition they could play.

Why Throw Snowballs in Music Class?

I could have easily had each student write a four-measure melody and left it at that. The students would have done fine with it. I like this technique though because it made the students focus on a small portion of the melody at a time, making it less cumbersome and easier to manage. I also liked how the students had to think about what was already on the page before adding their measure. Many did a great job thinking about continuity throughout the piece. In addition, on the fourth rotation, we could talk about song endings, and what makes a melody sound complete. Having students play the melody after each step also helped. Many wanted to play what was written prior to adding their measure. I encouraged it.

This is not a music composition strategy I will use weekly, maybe once or twice a year. It’s definitely worth considering if you want to have students work on any kind of compositional techniques, such as writing with specific notes or rhythms, or even expressive elements. The sky is the limit. Music composition should be fun. Allow your students to enjoy it!

Want to try a snowball fight with your students? Here are some templates to help: Snowball Fight – a collaborative music making activity

Looking for other ideas for having students create music? Check out these posts:

Enjoy what you have just read? Please consider subscribing!

I started the school year with several goals and changes I wanted to make in my music program. One of them was to incorporate a student-directed, or Genius Hour, type project. I had heard about Genius Hour several years ago, but it wasn’t until I read Amy Rever’s blog, The Noisy Room Down the Hall, that I…

When students create musical experiences, they own the process much more then if only consuming music.

December 2021 – This post has gotten a much-deserved update! Several links were added to make the ideas even more actionable. Good luck, and have fun! We’re seeing a lot of posts on social media about what to do after a concert, what to do during testing, and even, what to do when your students…

While a personalized learning approach is definitely not on the traditional instrumental music path, I believe it will give all students the opportunity to set their own goals and move forward at a pace appropriate to them. 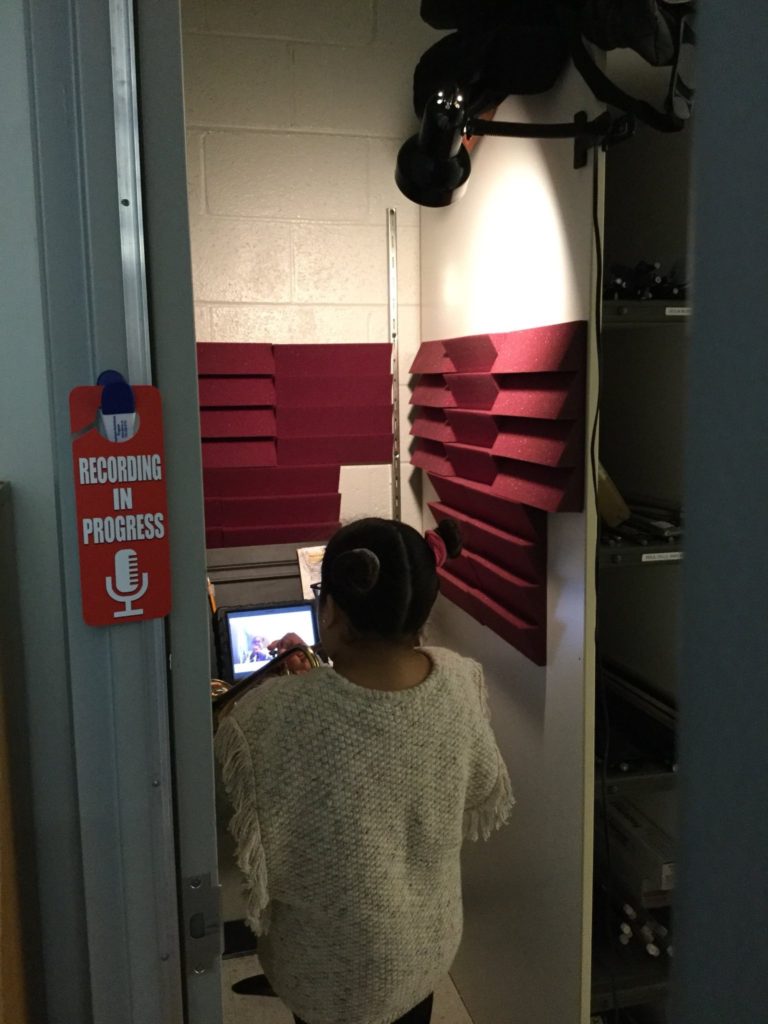 I have posted a few times about my personalized learning goals for this year, and have received some questions about how it works within the band and orchestra world. I’ll try to explain how some of the day to day activities work within my classroom. You can access my previous posts here: Personalized Learning: Part…